However, thanks to wonderful generosity like yours, the rate of women dying from cancer is declining. Throughout the last decade, the rate has been consistently decreasing by 1.8% per year.

By living a healthy lifestyle and participating in recommended screening programs, women can significantly reduce their risk of developing cancer and increase their chances of discovering it early.

Breast cancer is the most common new cancer in Victorian women.

Five-year survival rates for breast cancer have increased to 91% – from 73% twenty years ago.

Most changes in the breast (in fact 9 out of 10) aren't due to breast cancer. But if you do notice a change, it's important to get it checked by a doctor.

A mammogram is the best way to catch breast cancer early. Early detection of breast cancer means treatment has a much better chance of success.

Three simple steps that could save your life:

Currently only around 55% of eligible Victorian women, trans and gender diverse people aged 50-74 participate in the breast screening program.

7 in 10 Victorian women who develop cervical cancer either never had a Cervical Screening Test or did not have them regularly prior to diagnosis.

Regular cervical screening tests can prevent around 90% of cervical cancers, but currently only around 54% of Victorian women take the tests.

All people with a cervix aged 25 to 74 who've ever been sexually active should have a Cervical Screening Test every five years, even if they have been vaccinated against HPV. This is the best way to reduce your risk of cervical cancer.

If you’re over 25 and haven’t had the new Cervical Screening Test, speak to your doctor.

Anyone with symptoms such as unusual bleeding, discharge or pain should see their health care professional immediately, regardless of when they were last screened.

In the past decade, people like you have helped us fund over $7 million into research at Victorian-based laboratories looking at new treatments for gynaecological cancers.

Our research initiatives, along with improvements to the screening program in 2017, have resulted in cervical cancer being set to become eradicated in Australia by 2035.

We’ve also spent more than $12.5 million on breast cancer research in the past decade, leading to improved early detection methods and treatment options.

In a worldwide breakthrough in 2017, our very own epidemiologists helped find new genetic variants to explain why women with a family history have a higher risk of breast cancer. Working with 300 different institutions across six continents, researchers found 72 new genetic variants that predict the risk of developing breast cancer. The findings will help inform improved risk prediction, both for the general population and for BRCA1 mutation carriers. 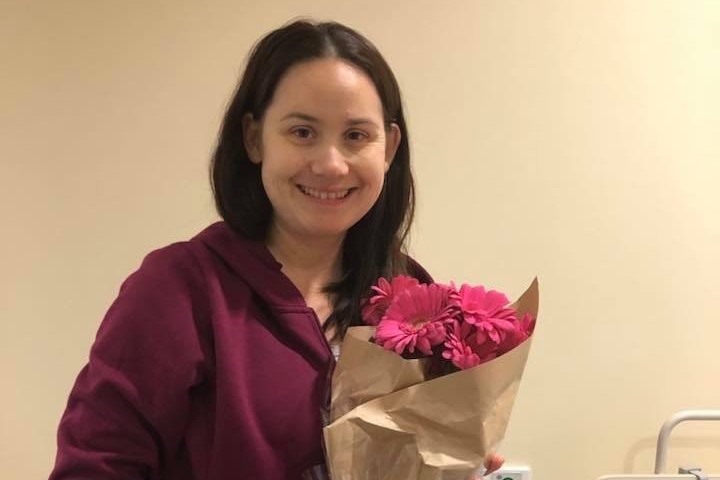 "By 2035, if all women do their screening and have their HPV vaccines, cervical cancer will be eliminated in Australia. How fantastic is that? Not only because it’s touched me, but for my daughter to not have to go through what I went through."